LONGSWAMP TOWNSHIP HISTORICAL SOCIETY
History
The area known as Long Swamp was settled as early as 1734 and officially erected into a township within Berks County Pa. in 1761. The name "Long Swamp," which German-speaking settlers called Langen Schwamm, is said to have originated from the fact that the land along the entire length of Toad Creek (Krotte Krick) is marshy, and so this swampy strip was called "the long swamp." Toad Creek is a tributary that flows eastward from near the borough (and one-time township village) of Topton, along the ridge, until it empties into the Little Lehigh Creek at its convergence point with the Swabia Creek in the Village of Lower Longswamp.

The township is comprised of several villages, which the Longswamp Township Historical Society has been researching and documenting in our flagship Village series of publications since 2013. The township map (below), which shows the location of its villages and some of its earliest hamlets, was taken from the 1876 Historical Atlas of Berks County. Within the township, the Long-Hawerter Grist Mill, the Mary Ann Charcoal Furnace Historic District, and the Old Main building of the Lutheran Home at Topton are listed on the National Register of Historic Places. 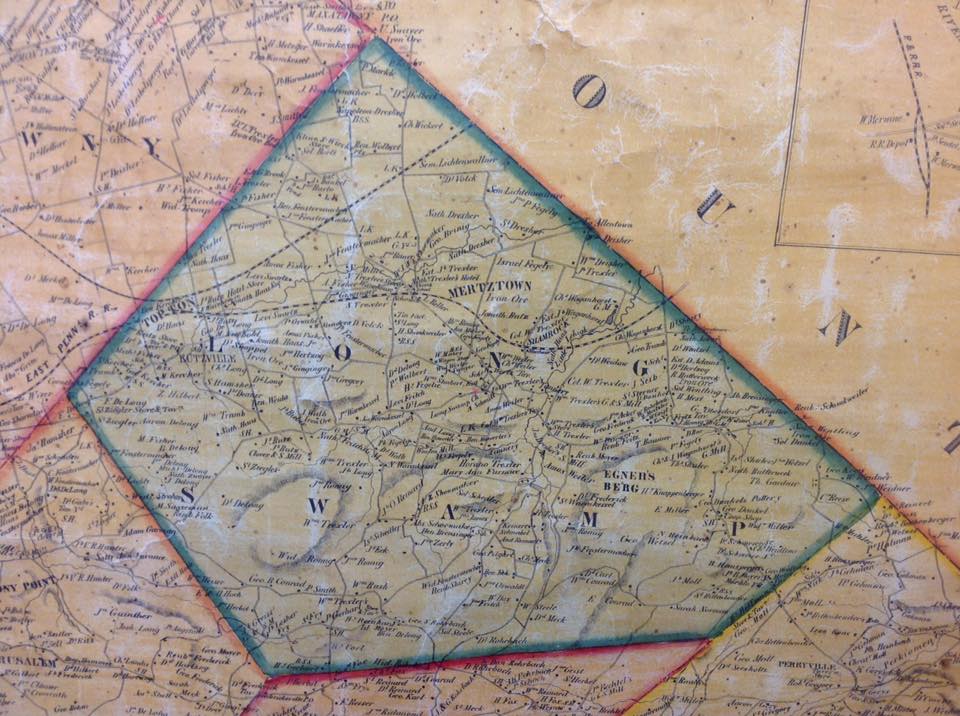