October, 2020
​
On Saturday, October 10th, LTHS added a "frightening" twist to the Great Pumpkin Hunt, an event sponsored by the township's Parks and Recreation Committee. Kids and adults alike were invited to take a printed handout that summarized a lengthy poem written in the 1940s by township native John Birmelin, entitled, “The Ghost of Longswamp” (“Es Gschpuck vum Lange Swamm”). A Halloween treat was attached to each handout.

For most of his adulthood, Birmelin, who relocated with his family to Reading, Pa. as a teen, was best known for his diverse musical career. It wasn’t until he was himself a father and sat down one day to help his son write a parody of a Revolutionary War poem that John likewise took up his pen and, as he had done as a young boy, began writing poetry in his first language:  Pennsylvania German. Among his contemporaries, John was considered to be the greatest poet to ever write in the dialect.
DID YOU KNOW? John got his start as a musician at age 11 when he began playing the organ at the Longswamp Church.
September, 2020
​
Responding to circulating rumors regarding the use of taxpayer dollars to fund the Mertztown Train Station Restoration Project, Longswamp Township Historical Society (LTHS) wishes to clarify and emphasize that ALL costs associated with the project will be borne by LTHS. These include the move and restoration of the structure, hook-up of electrical service, creation of a walkway from the structure to the parking lot plus any additional hardscaping or landscaping LTHS may wish to install to block unsightly views and/or create a more welcoming space. A separate meter will be installed to capture electrical usage data for the repurposed train station; the associated cost of kilowatt use will also be borne entirely by Longswamp Township Historical Society.

Please see the statement on the Longswamp Township's website.

* * *
On Sunday, September 13th, LTHS added to the festivities of Swampfest 2020 by creating and hosting its second Historic Scavenger Hunt. Participants visited 10 locations to find answers to clues printed in the official scavenger hunt booklet. Along the way, participants were able to learn about the Mertztown fire of 1903, the single building that was saved, and financial losses generated by the fire at several of the stops. Photos of some of the destroyed buildings were also printed in the booklet. Other stops included one of the three township buildings listed on the National Register of Historic Places, the locations where some of the best hoedowns were once held, the place that was once the place for family reunions and employee picnics, and much more. Swampfest was hosted by the township Parks and Recreation Committee. Cash prizes for the winning entries were donated by Board of Supervisors, Don Hickman and Joyce Marin.
​

June, 2020
​
Regardless of the many operational difficulties caused by COVID-19, LTHS still managed to publish its ninth Village series booklet, Freehall.
​
You can purchase your copy through our online store, at one of our events, or send us a check by mail, noting the booklet(s) you wish to  purchase. You can also purchase a copy(ies) at the Courtesy Desk at Radcliffe's Great Valu (953 State Street, Mertztown) or the Township Office (1112 Main Street, Mertztown).

All of our "Village" series booklets are $16 (plus $3 for shipping & handling). If you live locally, we can also arrange a pick-up or drop-off date. 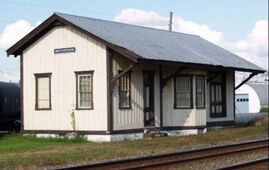 May, 2020
​
LTHS has been working on a capital campaign to raise funds for the move and restoration of the Mertztown Train Station from its original location to Longswamp Township Community Park. We were recently awarded a $2,500 grant from the Berks County Community Foundation's Conservation Equity Fund. You can read more about the project and the grant here and with the following news outlets: Berks-Mont News, News Break, Reading Eagle, and WFMZ.
​
If you'd like to contribute to the Save Our Station project, please visit our Support page for more information.
​ 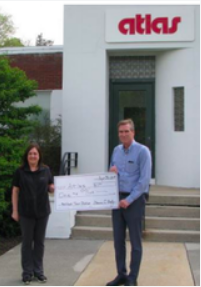