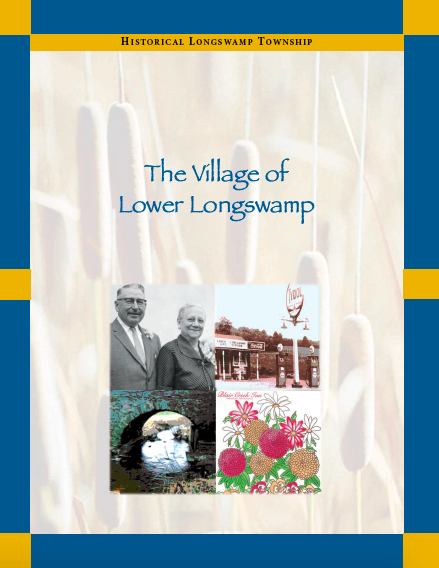 The village of Lower Longswamp is located along today’s State Street, between the former Weilerstown (later, village of Longswamp Centre) and Seisholtzville in Hereford Township. This booklet also covers the area adjacent to State Street that extends from Longswamp Road to Schlossburg Street (the latter road near to the Lehigh County line).

Before the land that would become Long Swamp was purchased by the Penn family for white settlers (1732), the area that comprises this village was home to a Native Indian tribe belonging to the Delaware (the Wolf division (Minsi) of the Lenni Lenape). Remnants of the Mary Ann Furnace (later known as Trexler’s Furnace), a historic iron plantation listed on the National Register of Historic Places, is located near to this village.

A very short distance away from the plantation (and located within the village), a Georgian mansion built for the original ironmaster, Jacob Lesher, still stands. When Lesher retired, his son-in-law, Reuben Trexler, took over as ironmaster. Later two of his sons—first, Horatio and, later, William, ran the furnace operations. Mansions belonging to the Trexlers are located very near to the Lesher mansion.