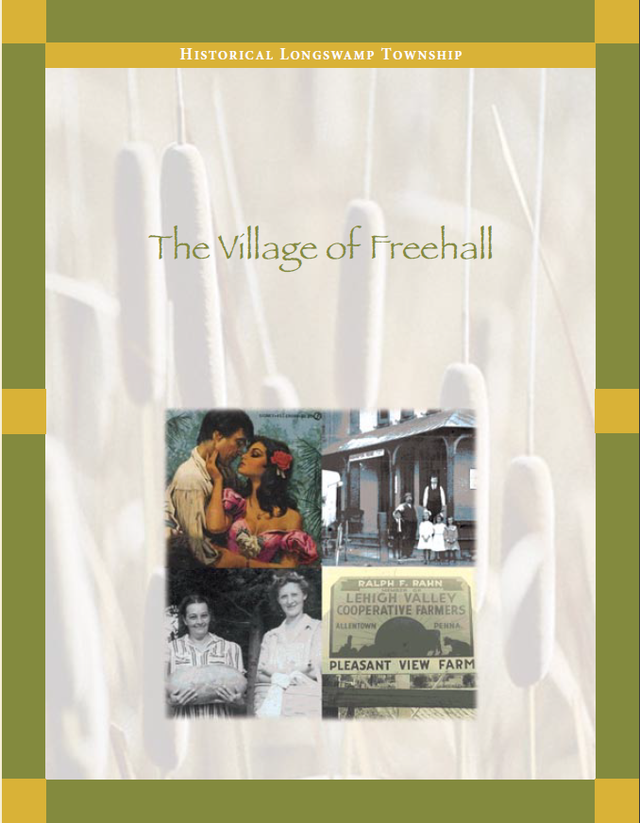 The village of Freehall (originally Free Hall) borders on the borough of Topton’s western side. (Until 1877, Topton was a village of Longswamp Township.) The Old Main building of today’s Lutheran Home at Topton (originally the Lutheran Orphans’ Home), a building listed on the National Register of Historic Places, is located in this village. This booklet also covers the hamlet known first as Jeffersonville and, later, Ringtown and William’s Store, no more than a huddle of buildings consisting of a store, tavern and dwellings that later became known as Kutzville. We believe Kutzville was also known locally as Haas’ Summit. Finally, you’ll find information and photos about buildings from pre-borough Topton and some public buildings. Today, Topton is surrounded on all sides by Longswamp Township with the exception of a small portion of the borough that borders Maxatawny Township.