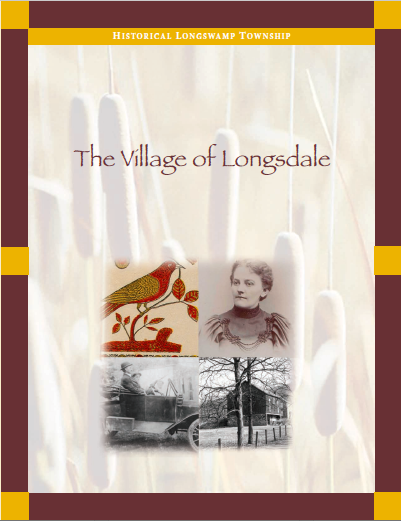 Local lore goes like this: A number of people by the name of Lang (later, Long) owned a large parcel of land that became known as Long’s Valley or Long’s Dale (later contracted to Longsdale). The story of Longsdale begins with two brothers named Bűrger, believed to be the earliest white settlers to settle in Long Swamp, and Samuel Bűrger’s indentured servant, Jacob Lang, who arrived in American in 1737. Lang later married Samuel’s daughter. Since the original settlement, the area has been home to nine generations of the Lang/Long family. A structure listed on the National Register of Historic Places, the Long-Hawerter Grist Mill, is located in this village.